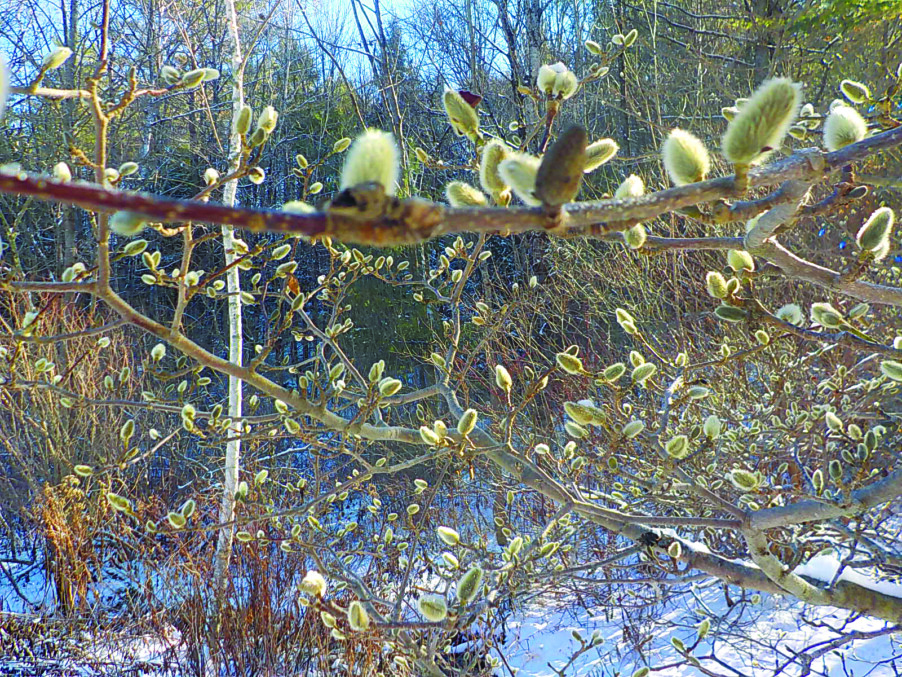 Pruned trees for outside, cut branches for inside

Normally at this time of year I can go out to the stream behind my house and pick stems of a shrub called winterberry (Ilex verticillata) to use in vases and on my wreath. It is generally loaded with small red berries that persist until mid-winter when hungry birds eat them, or they just plain fall off.

Winterberry is a great decorative shrub in winter that prefers wet feet but will grow in ordinary garden soil too. It is dioecious, meaning that it requires male and female plants — usually one male will take care of all the females. This year I didn’t get many of those bright red berries I like so much for decoration, and I have heard from other gardeners that they had few, too.

This prompted me to walk around my property looking at my woody shrubs to see what might substitute for winterberries. I didn’t find any berries at all. But I did cut some red-twigged dogwood (Cornus sericea) to use in a vase, and some budded branches of a Merrill magnolia (Magnolia x loebneri).

The magnolia buds are a bit like pussywillows on steroids: an inch long and very fuzzy. I have some in a vase on the table, and they look very good, and will for many weeks ahead. I’ve done this before, and will occasionally get a few buds to open into white flowers. I cut some greenery to go with them, a few stems of white pine. Hemlock would look good instead, but doesn’t hold needles well indoors.

It struck me that winter can be pretty bleak for people who don’t have nice-looking winter shrubs and trees. Judicious pruning can transform a messy tree full of small branches going every which way into sculpture. I recently helped a client prune a 50-year-old Japanese maple into sculpture that will keep it looking great for several years — with only a few minor pruning cuts each year.

When pruning, I ask myself, what will this little branch, currently the thickness of a finger, look like when it is the thickness of an arm — or a leg. If it is growing sideways toward a walkway, it must come off. Going through the middle of the tree? Remove it! The maple I pruned had many small dead branches that had been choked out because bigger branches had blocked off the sun, effectively starving them.

Bark is important. I like plants that have exfoliating bark, which means bark that is shaggy and peeling off — thus showing more than one color. My Seven Sons Flower Tree (Heptacodium miconioides) is one of those. In addition to the nice bark it offers me a display of small white flowers each fall. White birch (Betula papyrifera) and river birch (Betula nigra) are others with interesting bark. In fact all the birches have handsome bark.

I’ve been growing a paperbark maple (Acer griseum) for about 20 years. It has lovely shaggy reddish-brown bark that is very handsome. It is a very slow-growing tree, at least in this climate. It is listed as a Zone 5 plant (good to minus 20 F) but mine has survived colder temperatures. It looks great in winter.

One of my favorites — but one I do not grow — is sycamore (Platanus occidentalis), which I knew growing up in Connecticut but is rare in New Hampshire where I live. It reminds me of the English plane tree, so common in Europe. The bark peels off in big swaths, showing light gray-green in some areas, dark brown in others. It is just barely hardy to Zone 4, and prefers to grow in river bottoms, but will grow in drier soils, too.

Of the bigger trees, I like American beech (Fagus sylvatica) for its smooth gray bark. Unfortunately, beeches are prone to a fungal disease that mars the bark and eventually kills the tree.

That same smooth bark is a prominent feature of a shrub known variously as shad bush, serviceberry and Saskatoon bush. All belong to the genus Amelanchierbut bear different species names. Most are multi-stemmed bushes that get no more than 10 feet tall, though I have a wild one more than twice that height. Their blossoms are similar to apple blossoms. They do well in partial sun, often growing and blooming on roadsides.

Apple trees, particularly crabapples, can look great in winter. Some crabs hold onto their fruit throughout much of the winter, some drop their fruit in fall and many provide fruit for the birds to eat (that disappears before winter is done). Ask at the nursery when you buy a crabapple if the birds like the fruit. The form and bark of a well-pruned apple or crabapple is gorgeous to my eye.

So if your landscape has little to offer you in winter, plan on adding some winter interest come planting time. And if your trees and shrubs are drab, think about adding some strings of little winter lights to brighten them up, at least at night.

Henry is now teaching Zoom classes to gardening clubs and libraries. Contact him at henry.homeyer@comcast.net. He is the author of four gardening books. View all posts by Henry Homeyer 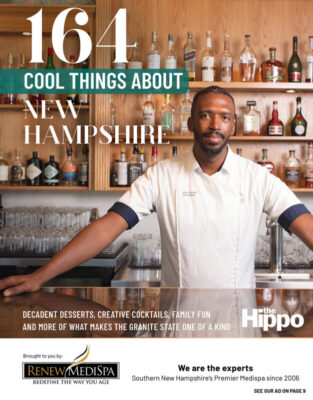